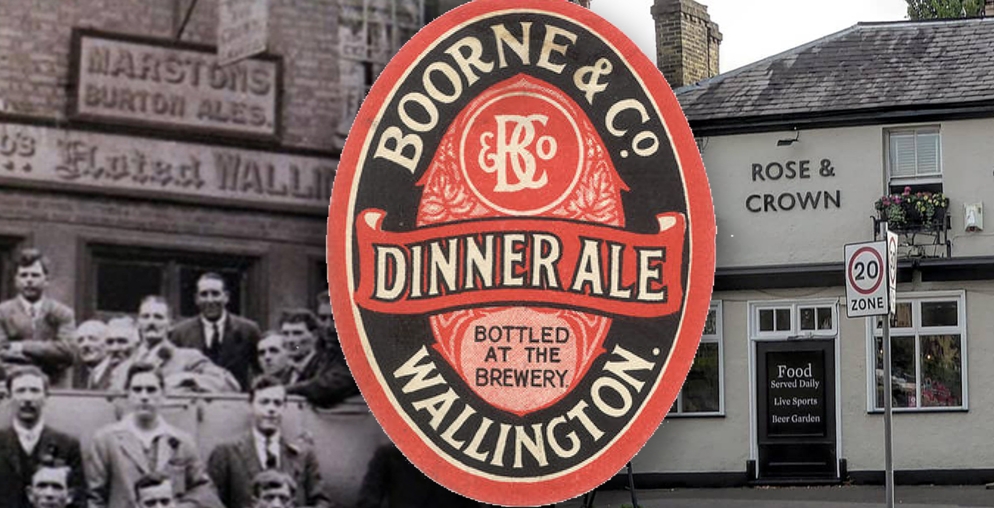 The Greene King Rose and Crown pub has had a recent facelift and looks very smart.

I’ve collected together some interesting trivia about the historic Wallington pub. Craft beers are very popular at the moment, and this was one of the original brewery taps where you could sample locally brewed beer at source…

The early Allsopps brewery
The Rose and Crown has been altered and extended over the years . The photo below, with the Allsopps Pale Ale London sign, is clearly the earliest, and it’s known that by 1911 Samuel Allsopp and Sons (based in Burton upon Trent) had fallen on hard times.

Becomes the Boorne Brewery Tap
Situated at Wallington Corner, The Rose and Crown became the Brewery Tap for the Boorne brewery opposite, just beyond Elm Grove Pond.

Old beer labels
The Boorne Brewery was founded around 1810 and the beer labels (pictured below) date from 1927, which is probably around the time when the pub signage would have changed to Boorne & Co. – you can just make out ‘The Rose and Crown’ in the hanging sign. It’s good to see the old iron bracket has been retained in both photos.

You could stop at the Rose and Crown and sample the local brews such as Dinner Ale and Luncheon Stout.

Merrythought was the brand name for the beer, and a wishbone was the logo.

The building on the bottom right of the arial view is where the brewery used to be.

Popular with locals
If you were lucky I’m sure you could have picked up a Boorne ale from any one of the pubs on the nearby Carshalton Pub Crawl.

Please note: This post may be updated with new information over time.

Love Carshalton and Wallington? Check out our exclusive gifts 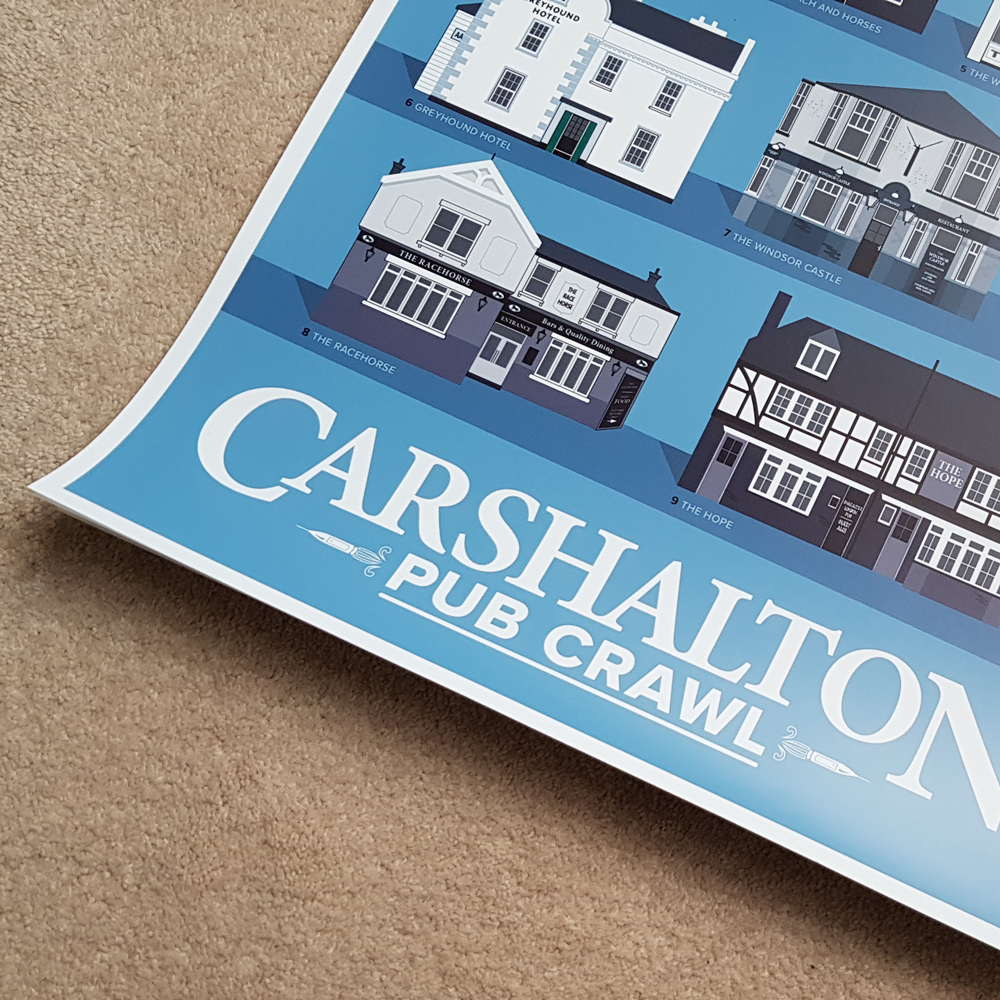