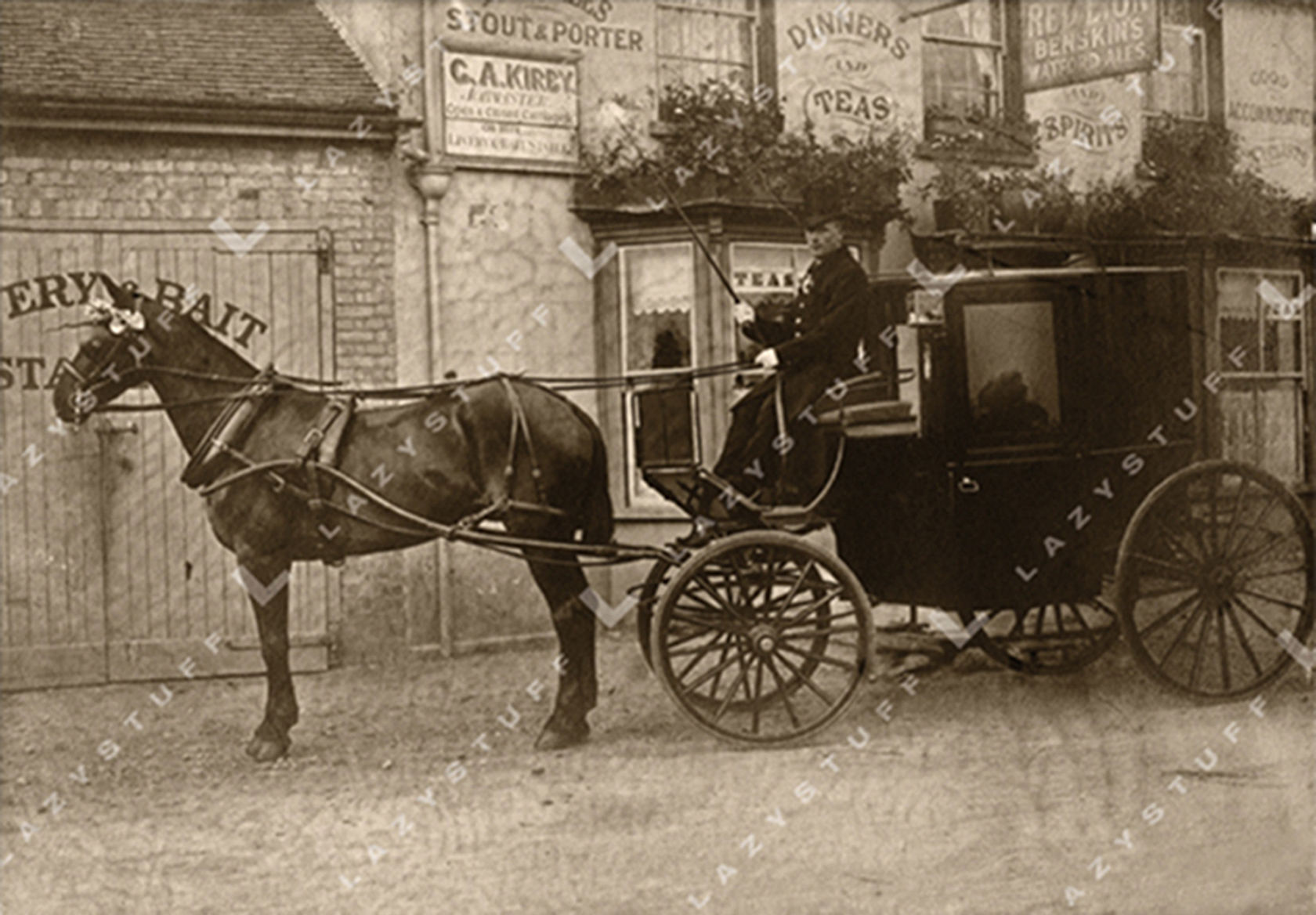 If you’re not familiar with this part of Hertfordshire, you probably only know South Mymms as the name of a service station off the M25. But infact it’s a lovely and historic little village with lots of interesting stories to tell.

I’m pleased to share for the first time, this lovely old picture from my personal Lazystuff collection. This historic image features a close-up of the long lost Red Lion pub in the heart of South Mymms, Hertfordshire – built circa 1826.

The Coachman was known in our family as Uncle Arthur and he ran a local horse and cart taxi service, the picture is dated 1908.

The last entry for a pub landlord was 1926, by the name of Albert Smart. The building still looked like a pub in this 1929 photo, below (shown on the left-side of the image) – and it’s possible it was still operating until at least 1932 as around this time, my Grandmother was a table waitress collecting glasses, for a short while.

Near to the pub was a wood yard called Nethercotts that mostly made coffins. At some point it’s believed that the Nethercott family changed this building and the row of cottages next to it, to the name Arlingham/Arlington House. Nethercott was founded in 1911.

The wide shot below, showing the pub and most-likely Uncle Arthur, also shows my Great, Great Grandmother Susan March outside her house at no.2 Turnham Cottages (now Arlington House). At number 1 was the Burgess Family and at Number 3 The Burton Family

I’ve attached a more recent image for comparison. The old pub was situated on the corner of St Albans Road and Blackhorse Lane.

I have a few more pics around the area, perhaps to share at a later date. This is a pic from one of the chapter’s in a personal family history book I wrote.

As usual, if you’d like to give feedback or if I’ve got anything wrong, please add your comment below.

Rob – this is wonderful material and so nostalgic for me. I was brought up in South Mymms. The book looks interesting. Is it for sale, please?

Thanks for your interest. The family history book isn’t for sale unfortunately. But one day I hope to rework some of the chapters and perhaps create separate books, for sale…

Great photos – i never had any idea there was another pub here, I moved to South Mimms jubilee year 77 – never have i heard any one mention this pub, astonishing.
Never realised either that the council houses opposite the White Hart were this old- id guessed about 40s or 50s.

All these things surprised me too the first time I discovered the pics. Fascinating stuff!

Interesting article – my Grandfather, G A Kirby, whose name is on the board on the outside of the pub, was the pub landlord until his death in 1921 when, presumably, Albert Smart took over. The families mentioned who lived in the attached cottages were all known to my family and I have a photo of my Mum, aged approx 2 years, taken outside one of the cottages. I was born and brought up in the village where I still live having moved out for only 10 years following my marriage. 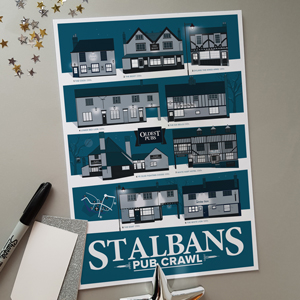